Bryan G Hall Limited prepared a Transport Assessment to accompany an application by Sheffield United Football Club Limited to provide updated information relating to the 2009 Outline Proposal for the redevelopment of the South Stand.

The consent was initial granted in October 2009 and extended in January 2015.  The consented proposal seeks to add 5,412 seats as well as new executive boxes and media centre giving a total of 6,671 seats.

Bryan G Hall assisted in securing an extension to the permission which was granted in 2018 and are involved in discharging a number of pre-commencement conditions. 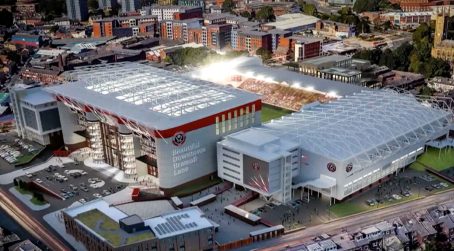