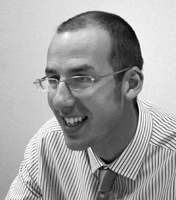 Martin joined Bryan G Hall in 2012 and specialises in highway, traffic modelling and transportation matters in conjunction with a range of development proposals. Martin has over 18 years’ experience having previously worked for AECOM.

He has undertaken a large number of Transport Assessments, Transport Statements, Access Studies and Travel Plans for all types of development. This has included providing transport support for new residential, mixed-use, retail, leisure, hotel, employment and education developments. Martin is highly experienced in using modelling software including Junctions, TRANSYT, LINSIG and VISSIM.

Martin also has site supervision experience having overseen a number of Design and Build contracts. During his career he has worked in various development control roles including secondments to Local Authorities and the Highways Agency Framework.  Martin has overseas work experience having been involved in a Project Management and Technical Advisor role overseeing a major housing and infrastructure schemes in a Libya.

Interests away from the office include Rugby Union and going on holiday with his three children.