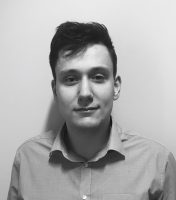 Daniel graduated from The University of the West of England with a degree in BA (Hons) Geography in 2018. Daniel previously worked as a Graduate Transport Planner for WYG, before he joined Bryan G Hall in September 2019.

Daniel assists the planning team with the production of Travel Plans, Transport Statements and Transport Assessments. He also undertakes various technical tasks using programs such as AutoCAD, TRACC and Junctions 9.

Daniel is a Sunderland fan and used to have a season ticket, he now attends matches as much as he can.